"The war was tough - especially because of how cruel the American soldiers were. For example, once they came to the village and saw pregnant woman who thought was somehow having a relationship with a Vietnamese Communist. So they poured detergent and hot chili water into her mouth, and stood on her belly until they forced the baby out.

"At that time, I was only 15. I knew that the war had nothing to do with that woman and her baby. When I heard stories and witnessed the cruelty of the American soldiers, I felt great hatred towards the enemy. Because I was single and only 15 I thought, 'If I sacrifice myself, if I die, that would be easier than if I were married and had children.' So I joined the war.

"A woman's sacrifice is nothing - only like a grain of sand. But many of women, many grains, can contribute a lot, and those contributions can help the country.

"The war did change the position of women in society. After the war ended in 1975, the country tried to set a new standard for women. We called this the Woman of the New Life - they are faithful to the family, but they also have a chance to study and to be successful. Now, we can contribute to building society, and also take care of raising our children. The war made me a better mother, taught me a new way to raise my children - as a liberated woman." 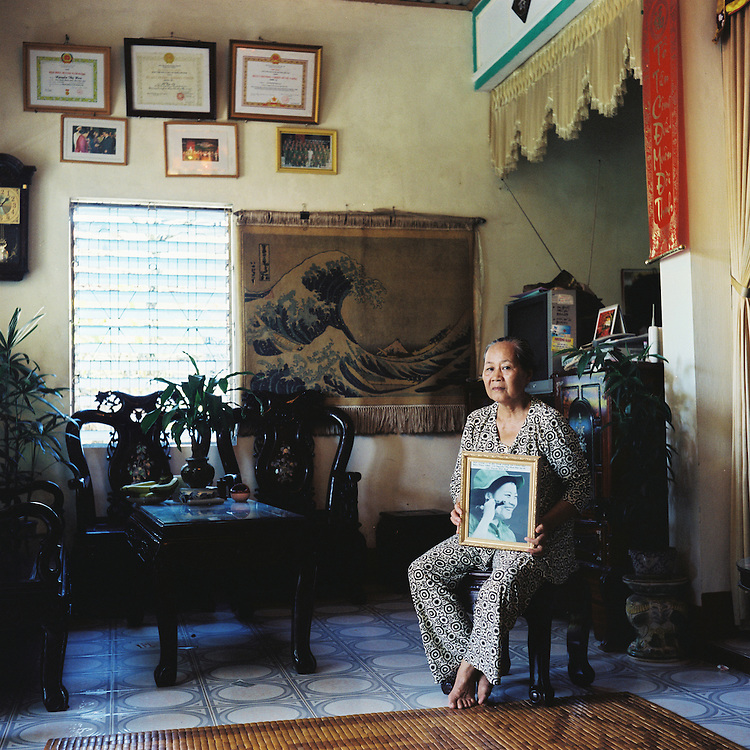