On the night of March 9, Samira Ibrahim Mahmud was one of the women who was arrested along with Rasha Ali Abdulraham (image 2) while at a protest in Tahrir Square. She, like Abdulraham, was subjected to a 'virginity test' while being held at the military detention center. Released four days later, she traveled home to rural Upper Egypt, where she suffered for months from emotional trauma and stress in the aftermath of the incident. But a few months later, she filed an official complaint against the Egyptian military. About the incident Samira says, "I know that to violate a woman in that way was considered rape. I felt like I had been raped." Since filing the complaint on July 1, 2011, she says that she has received death threats on a near-daily basis in the form of phone calls and text messages. She knows that the court case is an uphill battle, and likely a dangerous one, but she intends to fight. Asked if she would ever consider leaving Egypt she responds immediately with "No. No, never." 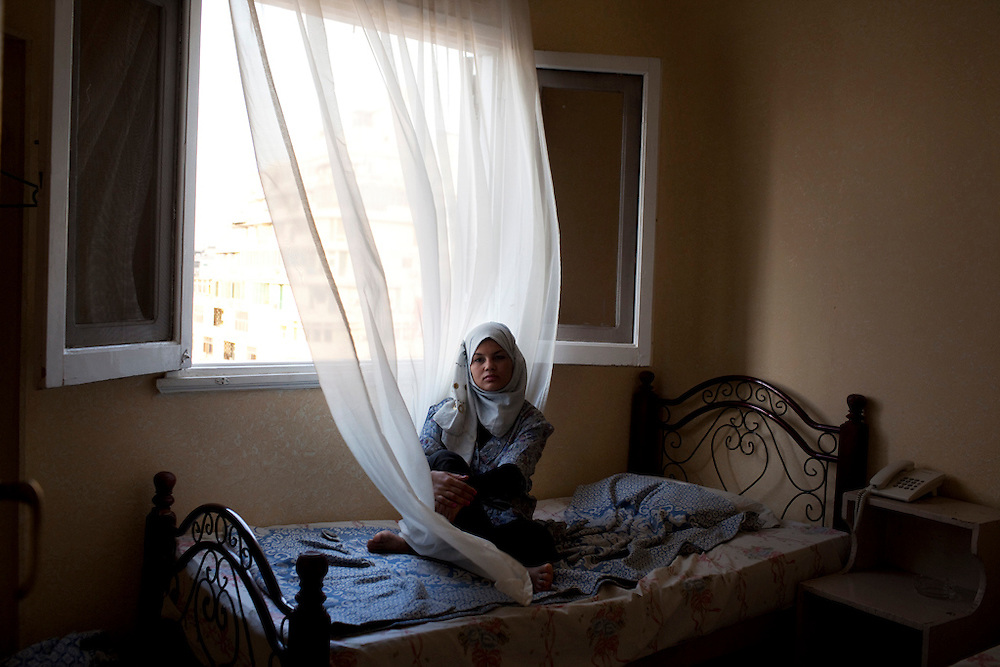