"In 1967 I joined the youth volunteers. We transported food to soldiers in the south. In 1968, we followed the troops to Hue. That year, we had a big fight in Hue, and I worked with the medical team. Later I served at Xã Nam station to take care of the wounded soldiers.

"You know, I've been through many situations in which I was almost killed. One time, when we were working at the fields, a number of B-52 jets came. I lay down next to the stream while the B-52s destroyed the whole area. I was lucky I survived. When you hear the B-52s, it's just so fast - you hear the sound, and already it's making huge holes in the ground everywhere. But after you hear that, it's already gone. It's very hard to react; you just can't do anything about it.

"Where did we get our strength to keep fighting? We had no choice, we had to work hard in order to liberate our country so we can reunite with our family and come back to the Fatherland. I had a very strong connection with my other unit members. Everyone was away from their family, away from their home, so of course we had to rely on each other, to support each other." 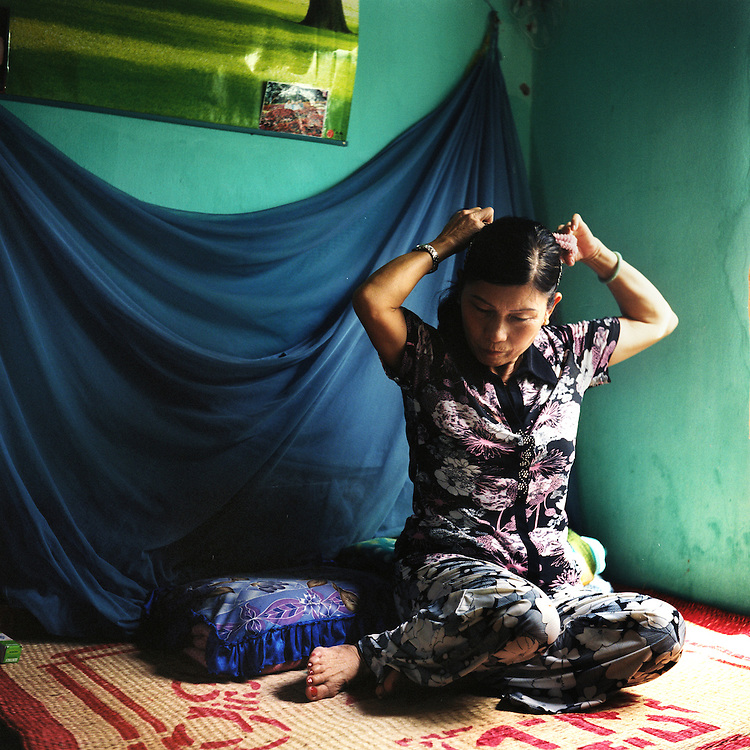