Mona Makram Ebeid, who is running for the Upper House of Parliament in Shoubra, watches a press conference by the Supreme Council of the Armed Forces of Egypt (SCAF). When asked by GlobalPost if she lived in Shoubra, Ebeid responded, "No, I live in Zamalek. I am only running in Shoubra." Zamalek, one of wealthiest districts of Cairo, houses many of the city's political and social elite amongst the high-rise hotels and chic Nile-side restaurants and is starkly different from the largely poor and Coptic neighborhood of Shoubra. 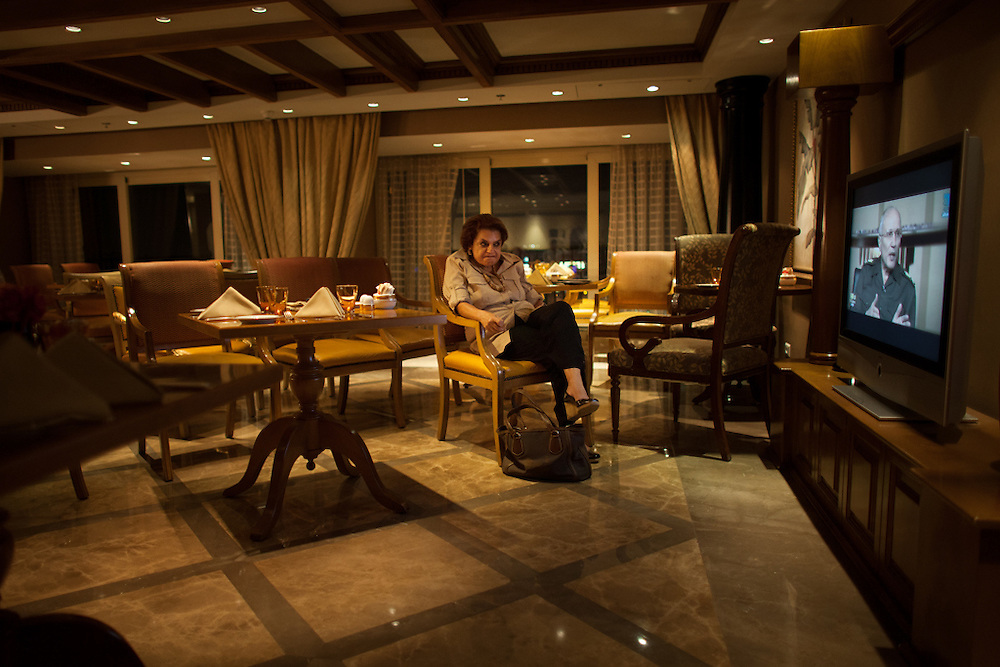