Rasha Ali Abdulraham, 28, was at a protest in Tahrir Square on March 9, 2011 when she and 172 other demonstrators, including 17 women, were arrested and forcefully removed from the demonstrations. After being bound and tortured at the Egyptian Museum for seven hours, she and the others were loaded onto buses and brought to Heikstep, a military detention center. There, the women were forced to divide into two groups: virgins and non-virgins. She and six others, who identified as the former, were then subjected to 'virginity tests' in which military officers examined each woman's vagina for an extended period of time for the presence of an intact hymen. When she was released four days later, she wanted to press charges against the military for sexual assault, but was unable to do so due to legal reasons. Abdelrahman said it took her months to process the trauma and that months later, she still suffers from stress of the incident. 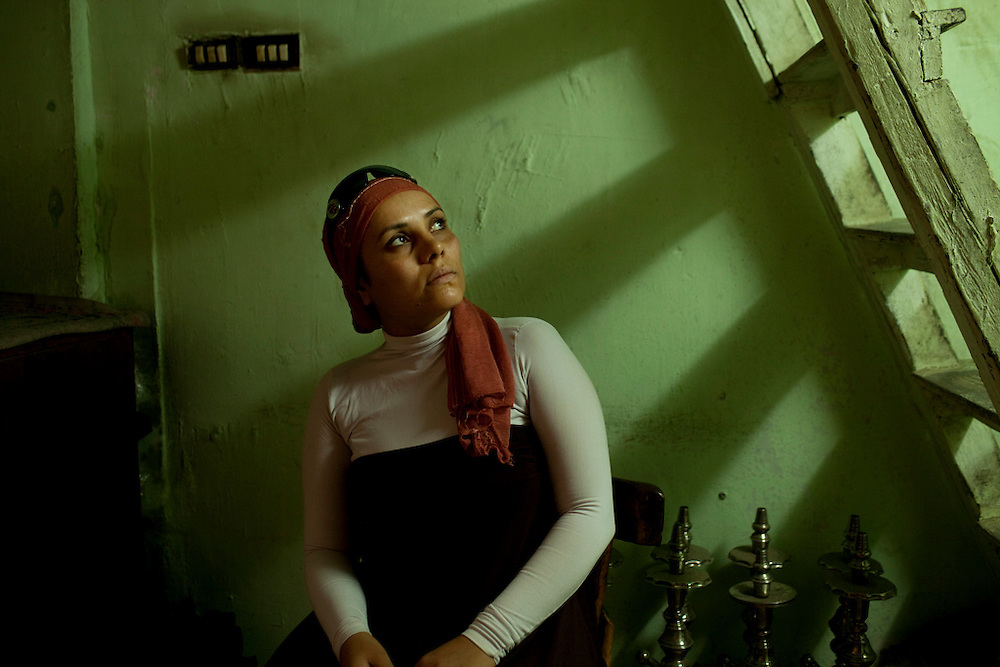