Jehad Adel, 18, pictured in her grandparents' house, where she has lived since her father was incarcerated and her mother abandoned her and her two younger siblings last year. In the opening days of the revolution, Jehad's father was shot dead while in jail during a rash of shootings in the country's prisons that left over 100 dead. Though the reason behind the shootings remains unclear, Jehad and her grandparents continue to demand justice, working with the Egyptian Initiative for Personal Rights to bring his case to court. 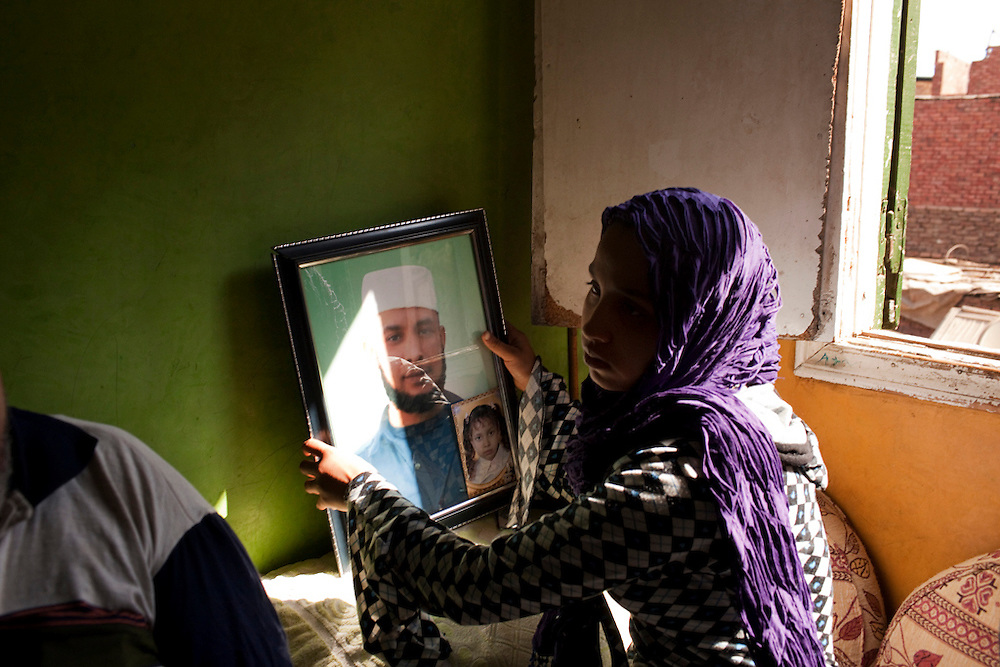