"I was born in 1949 in the countryside outside Hue, where I lived with my parents. I joined the war when I was about 15 years old. At that age, I could understand, could see that the Americans had come and were trying to control and take my country. At that moment every woman and man joined the war, and I wanted to as well.

"At the time, all the women and I were very young, and we didn't know really about the war and its plan. We just had to believe in the government, that everything would be okay. If we had any problems, even though we didn't really know the grand plan or the next step, we were always happy to be fighting for our country. We were ready to die.

"The past time in the war, there were many difficulties. Everyone was very poor, but everyone loved each other and tried to trust each other. Now, we have freedom, maybe life is easier, but money controls many things. So when I talk to my daughters about the war, I tell them how to love and trust other people. Tell them how people followed the laws, the rules of the government."

Hoàng Thi No, born in 1949, photographed in her bedroom in Hue, Vietnam with her helmet from the American war. July 2010. 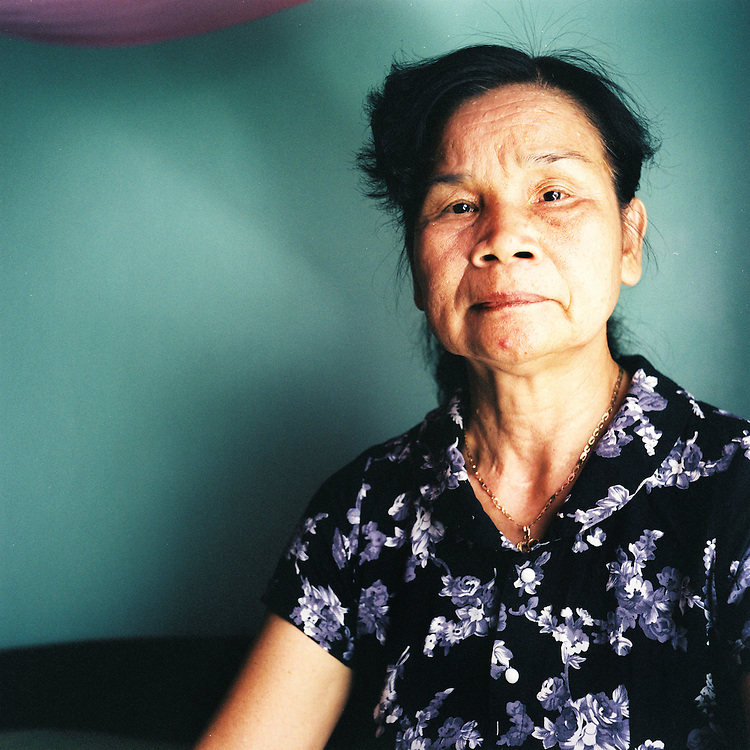